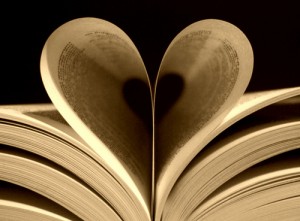 I have a terrible addiction. I buy lots and lots of books. Sometimes I even get so excited about a book that I forget I’ve already bought it and buy it again. Well, that only happened once. Actually twice. Well…never mind. I wrote about this problem elsewhere. The thing about books is that they have been my friends ever since I was tiny and my big sister taught me to read. I remember the magical moment that it all clicked for me. I felt I had conquered the world and there was NO WORD I COULDN’T READ or spell. (I had just managed to read the word ‘extraordinary’ and concluded I was some kind of prodigy. I was probably 12 by this time, but whatever…)

I moved on from being able to read one (albeit impressively long) word by myself to the roughly 700 books Enid Blyton wrote (I probably read oh, say 587 of them?!). Like Enid, my real childhood life was not so happy, and her books helped me exist in an imaginary one, filled with adventures, magic, heather, moors, tea and scones, strawberries and cream and actual friends. I grew up in tropical Penang in the sixties, so I never actually ever tasted scones or cream, and really didn’t have a clue what a moor was, but all the same, I had endless adventures roaming the English countryside, eating, laughing merrily, climbing trees and solving mysteries with the Famous Five and the Secret Seven.

More than anything in the world, books have defined me and helped me navigate every part of my life. I picked out ten that shaped me more so than the others:

And that’s it. Not as hard as I thought, although I’d probably write an entirely different list if I did this tomorrow.

You? Any book that helped make YOU you? I’d love to hear about it!